Fray Antonio de Badajoz was a lay brother, Fray Miguel’s interpreter, and principle catechist at the Mission of Santa Catalina. He was about thirty-eight years old. Fray Antonio had been in the missions for ten years, so he knew the languages of the indigenous peoples. In the drawing, his Franciscan habit is worn and patched at places. Like Fray Blas, Fray Antonio was of the strict order of the Alcatarian reform, so he always went barefoot. Antonio would have worn his hair with a tonsure (or shaved top) which was a sign that one belonged to holy orders or was a friar or monk. Fray Antonio clasps his hands before him, and a brown rosary is visible interwoven among his fingers.

The Rosary is a prayer that had developed over generations and had become officially standardized around the time of the Council of Trent, which had occurred only fourteen years prior to Fray Antonio’s arrival in the New World. Archeologists have found parts of rosaries among the artifacts of the Spanish Missions in Georgia and Florida. Some of the rosaries found in Georgia were thought to have been on one of the voyages of Christopher Columbus when he sailed to what he called the New World. This was a New World to the Europeans, but the indigenous people had lived here for many centuries. To them, what was new was the Good News (the Gospel).

Our Lord tells us to go out into all the world and tell the good news of the Resurrection. Fray Antonio gave his life as an Apostle to the Guale. Over and over in the hours before he died, he prayed the Ave Maria.

Hail Mary, full of grace, the Lord is with Thee.
Blessed art Thou among women,
and blessed is the fruit of Thy womb, Jesus.
Holy Mary, Mother of God, pray for us sinners,
now and at the hour of our death. Amen. 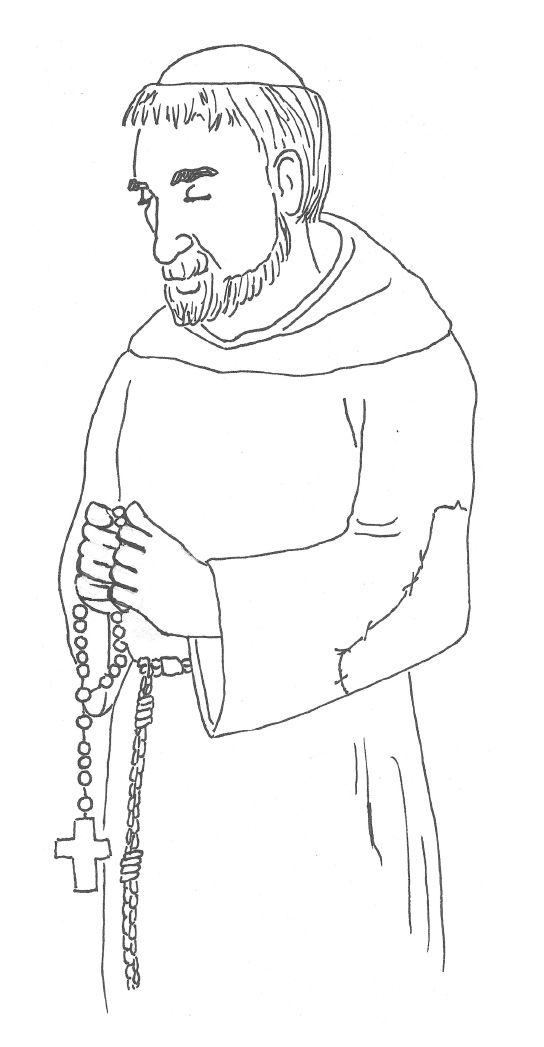