The Lost Franciscan Missions of Georgia

The Spanish Missions of Georgia were all burned to the ground by English pirates centuries ago. Even the knowledge of the whereabouts of the sites of these once thriving Catholic communities is, for the most part, lost. The indigenous people the missions served (like the Apalachee, the Timucua, the Guale, and others) were wiped out by the English, and with them, the memory of their customs and heritage. The low country woodlands have reclaimed these sites, but there had been dozens of Spanish missions along the coast of what is today Georgia, and in some cases, these missions were already a century or more old when the Spanish missionaries began to establish their missions on the west coast of California.

Because the living memory and sites are lost in history, we are left to speculate to some extent about how the missions might have looked. Archaeologists help us now and then when they find the sites and study them. The Catholic Church is also good at keeping lists and records that help us piece things together. We also have other Franciscan missions in similar places that did survive that help us complete the picture. 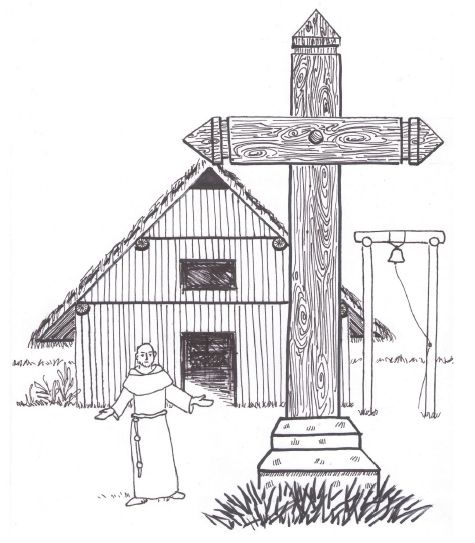 We know that the churches were painted white, made out of timber, and wattle and daub, with thatched roofs. They would have had mission bells, a mission cross, plazas, and a convent for the friars. Often times, the chief’s house and council house would face the mission churches. Inside, the missions would have looked a lot like our own parish church with a high altar, an ambo, holy pictures, a baptismal font, and a confessional. But missions were more than just a place where the Guale would come to Mass and daily prayers. They were whole villages filled with the Catholic faithful, and beneath the mission church’s sandy floor were buried their Catholic forebears. 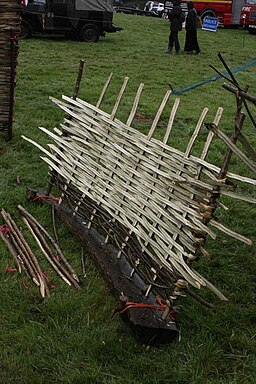 Wattle and daub is a building material in which thin sticks are woven into a panel or wall (this is the wattle) and daubed with a combination of mud, clay, straw and/or animal dung.